Friday afternoon Ryan Atkins and I drove down to the Adirondacks with the intention of burning alot of energy running and hiking the GRT.  We made it to Lake Placid around 6pm after only a short 5.5hr drive from Whitby with minimal traffic and a quick border crossing. We arrived just in time to do some last min shopping and grab a burrito at a great little mexican place. We then found the trailhead parking just of route 73 and tried to grab some shut eye. We had some visitors and a little rain throughout the night and we were glad we decided to toss the rainfly on. We awoke to sunny skies and a parking lot filling up fast! We made some breakfast and had a cup of coffee before packing up our bags for the approx 6hrs effort that we had ahead of us. I opted to try some Clif Shot Blocks and GU Chomps for the majority of my calories. I had also included a few gels and started with a full 2L of gatorade in my hydration bladder.

We started the run shortly after 8am and the temperatures were already warm! We went out a a solid pace and never let up. We were not going hard as much as we were running/hiking efficiently and trying to make smart decisions. We hiked most of the climbs as they were to steep to run for extended periods of time and we ran the majority of the flats/ downhill portions of the traverse. We were having a blast out there! The trail is Uber technical and has 9500ft of elevation gain over the route. We had a much needed water fill up 3hr10mins in at a little creek at the bottom of Haystack Mountain. We sucked back as much fluid as possible and topped up the bladders before the last push up Hatstack and onto Marcy. We ended up summiting Mt Marcy in 4hr22min and were greeted by crowds of hikers on the summit all looking at us two fools that are running...

We had roughly 1hr35mins to get back down to the end of the route. We again didn't rush as the terrain would have not been that forgiving if you bailed or fell.. With the terrain slowly getting less technical as we descended we were able to up the speed the closer we got to the parking lot. We had another water fill up crossing the river on the way down and once going again we tried to keep the legs quick and loose. After a long pounding decent, we hit the final trail head parking lot in 5hr 56min 44sec. Beating the old FKT by roughly 13mins. We walked back towards the car, stopping to take a quick swim in the nice cool river. We made it back to the car unscathed and totally stoked on the route we had just run! We went into town grabbed a nice lunch and then made our way over to the Mountaineer were we drooled over all the amazing gear! We met Jan who was one of the staff that has also run/hiked the GRT in a very impressive time! (6hr40mins). It was a stellar store and the staff/ vibe was definitely core. If you end up in the Dacks you have to check out the Mountaineer!

Our plan for the next day (sunday) was to head over to Mount Washington in New Hampshire and run the Presidential Traverse. On the drive over we both decided we had a good day today running the GRT and that both Ryan and I were up for more of a easy day. We slept in the car Saturday night and awoke to grey skies and rain... Man were we glad that the day was only going to be a easier one! After a big hot breakfast we decided our route that we were going to take up Mount Washington. We hiked at a good pace up Lions Head and chilled on the summit a bit, trying to avoid the masses of tourists around and then we descended down Tuckerman Ravine. We hit the parking lot and talked to some trail angels that were very generous with a bit of tasty food for our trip home. We had a 10hr drive home and all in all it was a very solid weekend!

I am currently getting frustrated at my garmin gps unit as it is having a hard time uploading the files... Hopefully when Ryan gets on his computer tonight he will be able to have better luck then me. Once I get this issue figured out I will post the link to the gps file and I will updated the splits that we had on the key portions of the route. 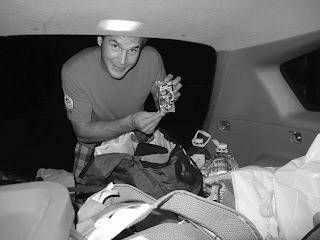 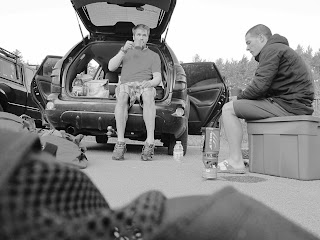 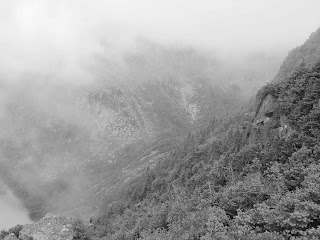 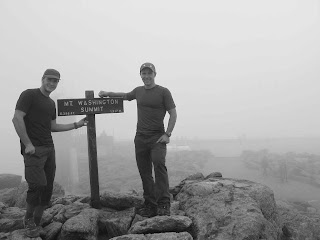 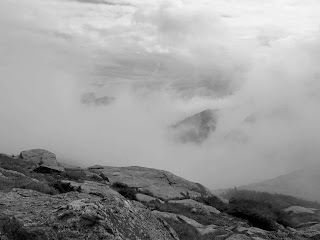 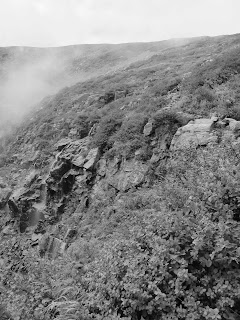 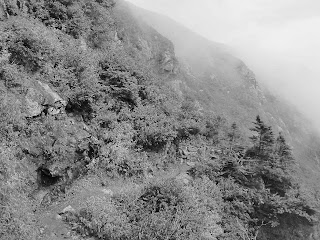